skip to main | skip to sidebar
"Wheels Turning Inward" is a is a rich collection of over fifty poems, following a poet’s mythic and spiritual journey that crosses easily onto the paths of many contemplative traditions. The artwork at the top of this page, is one image found in the Gordon Moore Memorial stain glass window at Trinity Episcopal Church in Houston, Texas, by the artist Kim Clark Renteria. The image of these three circles, is emblematic of both the Trinity and the title for this new collection of poetry now available from Friesen Press. 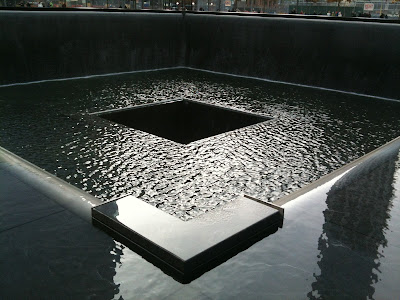 precisely positioned
between
heaven and earth
where the space within
is completely transparent
unspoken, without words

as we awaken
to each day
each thought, understood
explicitly expressed
guided by wisdom

in the mystery, which is God
which is creation
which is infinite
which is reality
which we create
from ourselves

where we hold
with breathlessness,
many new beginnings
being and becoming

arising out of
each sacred moment
of the day,
in the smallest of things
in kindness freely given
and unasked for
accepted with graciousness

where we empty
ourselves
to become
as one


The Kenosis Hymn - Philippians 2:5-8
Kenosis is the Greek word for emptiness.

5Let the same mind be in you that was in Christ Jesus,
6who, though he was in the form of God,
did not regard equality with God
as something to be exploited,
7but emptied himself,
taking the form of a slave,
being born in human likeness.
And being found in human form,
8   he humbled himself
and became obedient to the point of death—
even death on a cross.

In Buddhist philosophy, Śūnyatā (shoon-yuh-tah) is the voidness that constitutes ultimate reality. Śūnyatā is seen not as a negation of existence but rather as the undifferentiation out of which all apparent entities, distinctions, and dualities arise. Its full implications were developed by the 2nd-century Indian philosopher Nagarjuna and the school of philosophy founded by him, the Madhyamika (Middle Way), is sometimes called the Sunyavada, or Doctrine That All Is Void.

Genesis 1 (21st Century King James Version) - In the beginning God created the heaven and the earth. And the earth was without form and void, and darkness was upon the face of the deep. And the Spirit of God moved upon the face of the waters. And God said, "Let there be light"; and there was light. And God saw the light, that it was good; and God divided the light from the darkness. And God called the light Day, and the darkness He called Night. And the evening and the morning were the first day.

Posted by Saint Julian Press – Ron Starbuck at 7:48 AM

A Short Selection of Poems

there is something about being an episcopalian

Audio - Listen to any one of these by selecting the poem.

Audio Recordings My Dearest Darling, God's Longing, Hail Mary, Within These Eyes, Times Square, Stillness, Śūnyatā - Emptiness is Form, Snow Falling, if you will only take a moment, Grounded in Perfection, The Maestros, there is something about being an episcopalian, A Trinity of Thoughts, Mockingbird Morning, Sadie Lin, Rumi, The Mockingbird's Song,